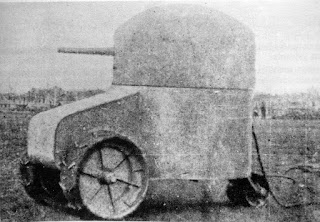 Designed in 1915, the Aubriot Gabet “Fortress” was considered as a way of pushing across the dangers of no man’s land. The armoured Body was fitted to a Flitz tractor chassis to provide protection for a crew of 2 (driver and gunner) and featured a 37mm Navy Cannon.
It was electrically powered by an external source which meant a long cable was required to trail behind it as it rolled through the fields of barbed wire and shell craters. This left it extremely vulnerable as any damage to the power line meant that it would grind to a halt.


Only a single prototype was built and tested before it was determined the design flaws were too significant to continue development, and only a single grainy photo of this remains.
There does not appear to be any company manufacturing a model of this at this time (nor in the past) so it looked like it could be really fun and a chance to finally scratchbuild something! 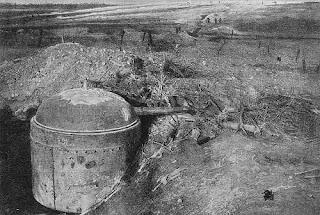 Since many of the details were not shown in the picture (like the door to get in and out for example!) I looked to other experiments of the era to draw inspiration from - such as the Fahrpanzer rolling turret emplacement. 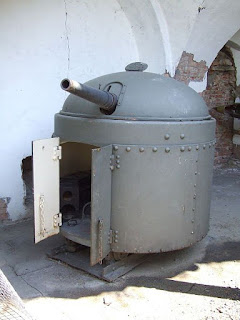 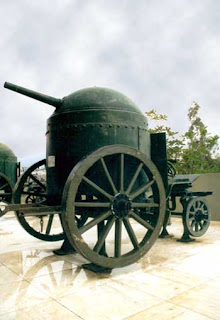 
I also found this rather handy digital illustration and tiny resin miniature that was being sold on ebay.  Though it was clear that this maker had altered some of the details (like the rear roller mount) and the placement of the door made no sense considering the large electrical cable that is supposed to hang from the back of this vehicle, it was really helpful to see a clear 3-d interpretation of the forms. 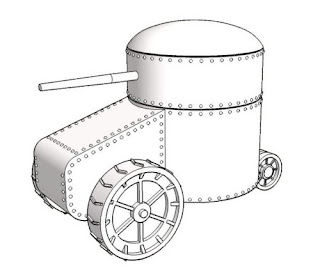 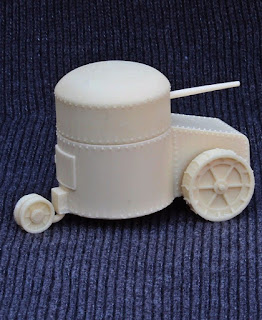 Finally, I came across a 1/35 paper model that I could purchase the download for $4 !!! Huzzah! This became the basis for my measurements and made the whole process a real treat. If anyone else decides to build one based on what they see here I highly recommend using this as your starting point.

Now it was time to begin scratchbuilding!!!!! Cya next week with details on how :)


best way to get mx player for your device.

Discover the most popular people ranked on Celebrity birthdays.