Thanks to the many new folks who joined to follow this build log - This will be the final part of this particular series (for now - see below).

Next week I will be turning to some Privateer Press models and soon will be doing a detailed build log for my Diorama that won its category in the P3 grandmasters competition.

For those who are specifically DUST fans I will be returning with more "Dustified" pieces - particularly after my Kickstarter shipment arrives!

So after all the building, weathering, basing, more weathering and winning ;) I have made this :
Note : I will put a jump at the end for anyone who would rather see these as single shots than a slide show.

I was privileged enough to run into Paolo Parente - BRILLIANT artist and creator of DUST while I was at GenCon and he said that he liked my piece very much which made me feel proud. The main reason I pushed to get this in the display is because he was going to be there and I wanted to show some real support for the designs and ideas he has developed.

But I have a confession to make.... it isn't really finished.  Truth be told there were (and are) some more things that I really want to do with this.

The Germans used a number of additional vehicle markings to designate role of vehicles in units/deployments. At least one modeler I have seen has modified some of these symbols for walker units and I will definitely be doing the same. So the task then becomes to decide what role this transport walker will fill in my armies most often and modify the appropriate symbol to match. 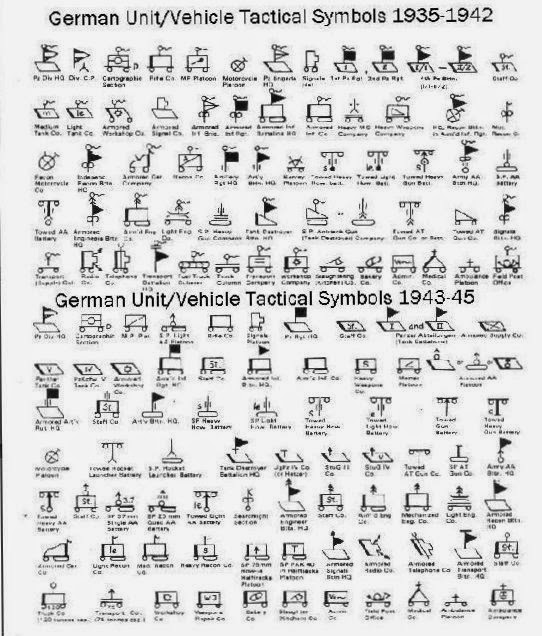 Also there is an icon I will still be adding to the front of the vehicle - Notably the NDAK palm tree and Germanic Iron cross symbol that is used in DUST (though I think I may actually paint the full operation Babylon symbol with the chimera(?) instead!) There are a few small details that I would like to take a bit further as well - probably some additional touch up and detailing with the interior gauges and a little additional dust effects to add around some corners - SO no radical
repaints but some really cool added symbols that will help give this vehicle just a smidge more personality yet - something this big in the middle of my army deserves all the attention it can get! When I do eventually get to this I will certainly post an update here, but until I get the gear from my DUST TACTICS kickstarter in my hands and underway, I will just enjoy the piece as is both in my display cabinet and on the table.

Alright Here is the jump break - click it if you want to see static images of the slideshow above! Have a good one y'all!