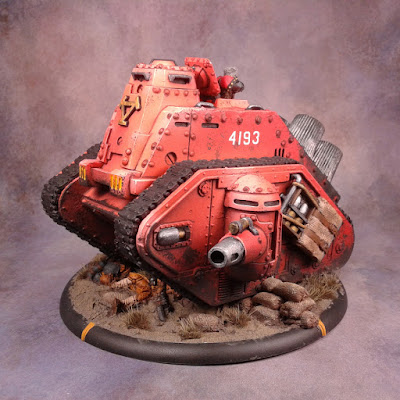 New England's own "WickedPaintah" Dan Clark completed a conversion so cool that I had to share it forward! (You know how much I love conversions!)


He felt that the horse-drawn tank just wasn't as cool as...well... an ACTUAL TANK! This is a conversion that has been attempted before by modellers with a variety of results - but Dan's is far and away my favorite (and the best executed) that I have seen to date! Here it is "Wicked" paintjob and all: 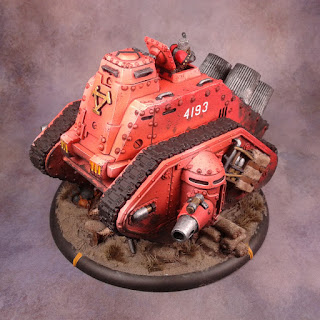 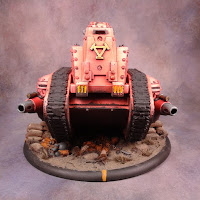 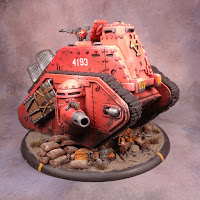 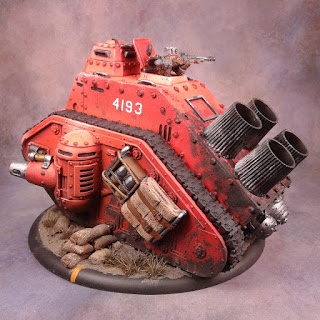 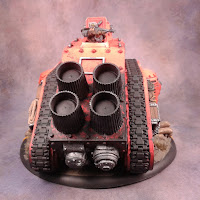 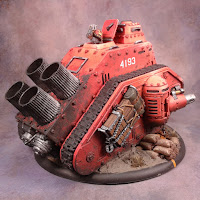 The conversion was conceptually pretty straightforward but required skill and patience to execute to this level.  Step one was to separate the sponsons from the chassis.  Dan wrote:


"This was probably the single most critical step, since I needed to preserve all three pieces in good condition.  I ordered a .01″ thickness razor saw from Amazon which did the trick wonderfully."

He then filled the resulting holes and smoothed out the surfaces with some milliput and elbow grease making the profiles seamless once more!  The sponsons were glued to the Leman Russ treads and any gaps were cleaned up with more Milliput before mounting the whole assembly back onto the chassis.