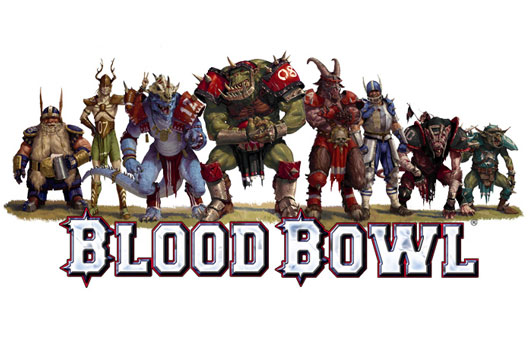 So a couple of the local lads put together another great Bloodbowl day down at our local haunt J&B Books.
It was 1.25 lists and full 6th edition rules (Icepelt Hammerblow is my hero!). Anyhoo I brought out my Slaan with a slightly different list than usual - no big guy for starters! - and decided to have some fun.
Oh man did I ever! I pulled dwarves as my opponent. These stunties had a veteran and very skilled coach in the form of my friend (who was inccidentally the organizer of the day as well).
It was a losing battle for me from the beginning - that being said I kept the pressure on him even as my own players bodies began to overflow my KO box.

There were several close moments a few bad dice rolls that could have handed be legit touchdowns and a couple of good ones that sent even the stoutest dwarves to the apothecary for help. It was a whole lotta fun!
I really do love Bloodbowl, though I dont get to play it as often as I used to.  In working to address this, in at least a little way, I recently downloaded Bloodbowl Legendary Edition from Steam. They had a great weekend sale which priced it at 80% off! SWEET. 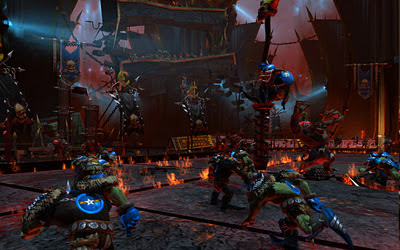 Discussions of AI efficiency and skill % balances aside, what I like about this game is that it IS Bloodbowl. It isnt a football video game reskinned to look like bloodbowl it really IS Bloodbowl. The machanics, the moving by square, the turnovers, the skill progression - all of it IS Bloodbowl. Now I can throw down against the computer or with friends online whenever I please - no set up no travel no worries. I still dont play it all that often but when I get the itch or if I am just not ready to go to bed I know that I can get in a quick game. My only wish is that my beloved Slaan were in the game - truth is though I do even appreciate that I am being forced to try out some other teams. In fact I have been inspired to build another team of bloodbowl models (perhaps for the 2012 Lakeside cup?) We shall see......
Posted by TKKultist at 8:51 am

Bloodbowl is not only one of the greatest games ever, it's one of mankind's greatest achievements.