Rhulic Rampage 11 - to proxy or not to proxy

As mentioned in a previous post, I have been seriously torn on the idea of adding an Ogrun Artillery Corps unit to my battlegroup. I reallly like the idea of these but am unsure if these will be models that I invest a sizable part of my gaming budget into only to find that I never use them. With the rules published a while ago in No Quarter I do have the option to try them before I buy them so to speak. So I went digging through my hobby room to see what I might use as stand-ins. As much as I understand that these are proxies and I could use virtually anything with my friends (shy of a mr carnifex soda bottle proxie, my friends are generally pretty cool about trying things out) but I still wanted to find something that would make a decent stand in for multiple games while I gave these a genuine try...

It wasnt long before I found a few Ogre leadbelchers that I had built to suppliment an old beastmen army and enough parts to scrape together a 5th member to meet up to the PP unit size. Sweet. I actually like these models and while I will have to full repaint them to tie them in with the other style, I dont think it will be too hard to update them a little for use with this battlegroup.

The only thing I needed now were some appropriate bases. This too was an easy call - I contacted my friend and teammate Jeff Wilhelm of Dragonforge.com. If you arent aware, Jeff not only makes some of the nicest bases and resin hobby accessories anywhere in the world, he is also a multi golden demon award winning painter (including a slayer win!) and one of the sculptors for Privateer Press - notably Warmachine and Monsterpocalypse!!!! Sure enough he hooked me up with a great set of WM compatable bases for a great price. I got one for my Wroughthammer Rockram, 5 for my Ogrun and a
set of 10 to use for some of the many troops and small base solos that I will be building over the next while SWEET!!! 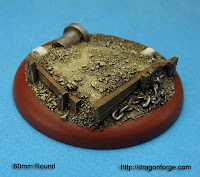 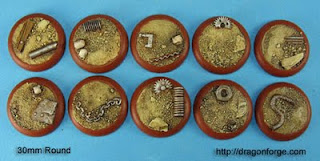 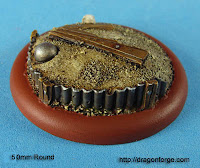 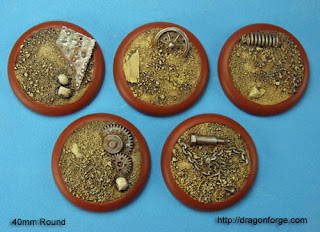 Aside from the Ogrun I am also toying with the idea of a proxy for Alexia. I will have the actual alexia model from the set ) she is a great model with lots of potential, but I was thinking of basing her on this model instead: 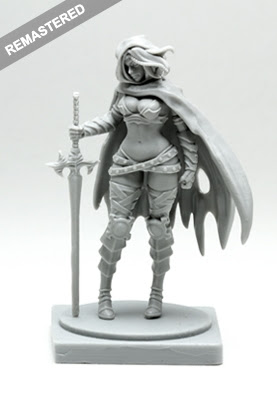 This model is from the amazing crew at Kingdom Death. This is a new boardgame that is in development and is being supported with some REALLY beautiful models. I have one of their "White Speaker" models already and am so impressed.  This isnt a cheaper way to do things or something that is a NEED for me based on hating the actual model (again I quite like it), rather this is just an opportunity to make my models look a little different from the next guys and an excuse to paint and convert one of these minis. I also have some cool ideas for risen, but I will share those as we get into that project - so stay tuned..... mwuahahaha....uh.... yeah.

Here are afew more pics of this model by various painters: 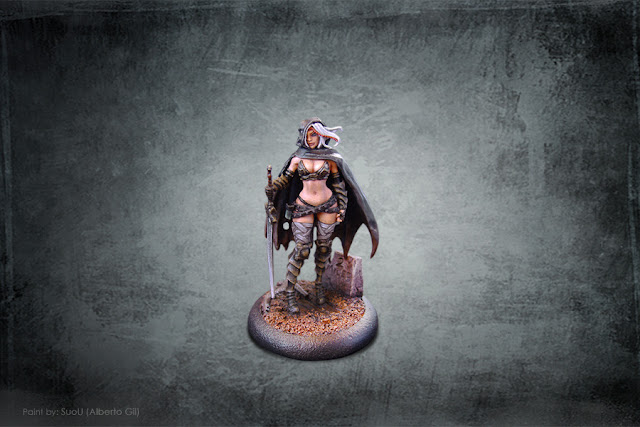