The End Is Near!! 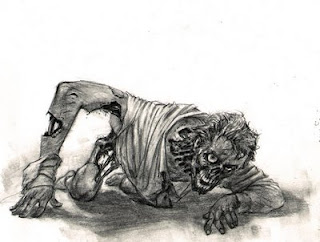 A REAALLY cool looking game called RISE OF THE ZOMBIES is on Kickstarter and is currently in its final hours. The games club I run at the school where I teach just invested in this one and I would like to encourage anyone else who reads this today to give it a shot as well. Buy in can be as low as $25 - we bought in a little higher so that our club name will appear in the game credits and that we  get to put forward our own card concept (in our case the school mascot is the Crusader - picture a knight with an over sized paper mache helmet and a wooden sword. This is what we wanted as a gear card for the game - not great at zombie bashing but better than your bare hands..... The kids are gonna flip!)

Here is a link to the kickstarter
http://www.kickstarter.com/projects/80793621/rise-of-the-zombies?ref=email